Drew Parker - At The End Of The Dirt Road Tour 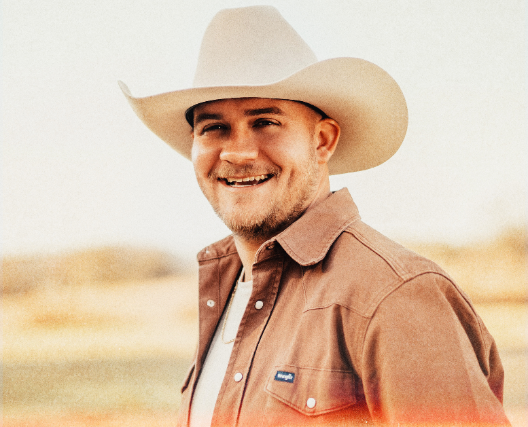 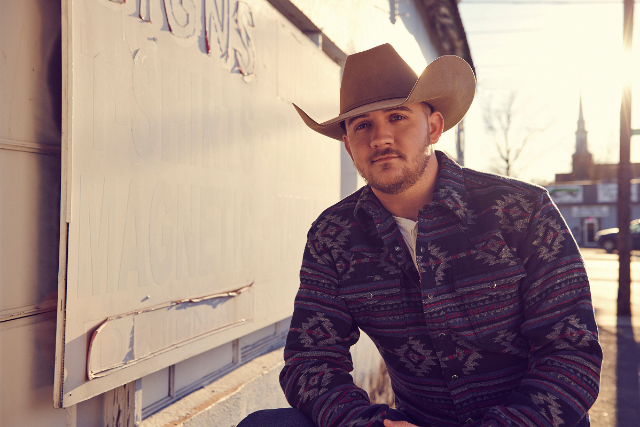 In Nashville’s famous songwriting community, the talent runs deep, and there’s no shortage of hopeful artists looking to find themselves a “lane.” But with one of the most potent, identifiable styles in the business, Drew Parker knows exactly what he’s about – and country fans already love it. Some just don’t know it yet.

“It all goes back to singing for me,” says the top-tier tunesmith. “If I didn’t chase my artistic dreams, it would be like a car without gasoline for me. That’s the fuel that keeps me going.”

So far, you’d be forgiven for not knowing. A native of Covington, Georgia, schooled on ‘90s country giants like Ronnie Dunn, Travis Tritt and Alan Jackson, Parker’s led a recent resurgence in organic country hits – they’ve just been for other artists.

Tracks like Luke Combs’ “Forever After All” and Jake Owen’s “Homemade” have established his signature style, using whip-smart lyricism and actual country instruments to pen quality-driven Number Ones – a new-school-meets-old-school vision that’s proven itself at each turn. But even though he’s made a mark, the stage calls out. … And those are just the songs he gave away.

Like so many before him, Parker began his career in the church, with a traveling gospel choir who stopped in to entertain the congregation. They left behind a 12-year-old talent who’d been forever changed, and it wasn’t long before he followed their footsteps, traveling from church to church and honing a knack for message-driven connection.

Then one fateful night in Rome, Georgia, not more than six years ago, Parker was slated to open for a guy named Luke Combs. But before they took the stage – in front of a whopping 60 people – the two singers struck a friendship, finding common ground in their favorite tunes. Combs suggested Parker come to Nashville to write songs, and when Parker moved to Music City for good nine months later, a hit-making brotherhood was established. He still saw himself as a singer first, Parker says, but his writing busted open the door on a new country era.

With an undeniable skill for twisting familiar phrases, conversational co-writes like Jake Owen’s “Homemade” became his first Number One in 2020, while others like “1,2 Many,” (featuring Brooks & Dunn), “Forever After All,” “Nothing Like You” and “Lonely One” helped define the historic start to Combs’ career. It’s that same wordplay that drives Parker’s solo work, too, and it’s all steeped in his love of the ‘90s.

“There was something going on in the ‘90s that I gravitated to. It was very emotional, and it makes you feel something,” he explains. “I want to be part of a revitalization of the country music I grew up on, and I want to write those hooks that dig a knife into you and then turn.”

Never abandoning his dreams, Parker dropped a stand-alone single in 2016 (“Slow Down Small Town”), a deeply personal song he says is still one of his best. A four-song collection followed in 2018, and then in 2020, Parker reached a creative high-water mark: The While You’re Gone EP – seven twangy, energy-filled lyrical masterstrokes that were too “him” for anyone else to sing.

“It was definitely important for me to be able to plant my foot down and say ‘Listen, this is who I am. This is what I want to sound like,’” he explains. “I wanted it to put an identity on who Drew Parker is as an artist, and I’m super proud that I feel like we did that.”

With a deceptively dynamic vocal – as raspy and rowdy as it is inviting, and proud of it’s easy Southern drawl – each track showed off another aspect of this gospel-singer-turned-hit-maker … and even though the project was released independently, tastemakers took notice.

SiriusXM took one listen to the project’s stunning title track and got it spinning regularly, leading Parker to recognition as a Future Five for 2021. Co-written with Jameson Rodgers, it showed off everything that makes Parker stand out, from his powerhouse vocal to that unteachable Shakespearean spark – the ability to make people laugh while they cry.

“I love those nostalgic songs, back when they told break up stories but they kinda had two meanings,” he says. “To me ‘While You’re Gone’ is kind of funny, but it’s also a sad breakup song. It’s about this guy who’s literally waiting for this girl to come back, and deep down he knows she’s not, but he’s just gonna wait forever.”

The clever power ballad will soon become Parker’s first single at country radio, and the rest of the EP features just as much double-entendre intrigue. Tracks like “Hell Yeah Say When I’m In,” sound complicated, but actually celebrate the simple things that make a country boy tick, doing so in upbeat, fiddle-rocking style. “Party In the Back” delivers a twang-happy tribute to the most iconic hairstyle of the ‘90s – as well as Parker’s easy-going personality. And with the project closer, “House Band,” the singer-songwriter strips his thoughtful work down to its bones, an acoustic tribute to the deafening silence of a broken heart.

It’s the first true look at an artist who’s already developed a sound and style all his own, but it won’t be the last, as there’s much more in Parker’s tank. The newest song on While You’re Gone is already two and a half years old, he says – meaning there’s also two and a half years of new, unrecorded music waiting in the wings. But for now, the Georgia native is excited to have this batch of work out in the world. And his original dreams are coming true.

In true Drew Parker double meaning, the tank is gassed up, and he’s finally ready to roll … both literally and metaphorically.

“For me, this is where the rubber meets the road,” he says. “It’s like ‘Alright now’s the time to work,’ but at the same time, it’s also like the hard work I’ve put in is paying off. Let’s not stop now, let’s not slow down. I’m excited to see where we can go.”