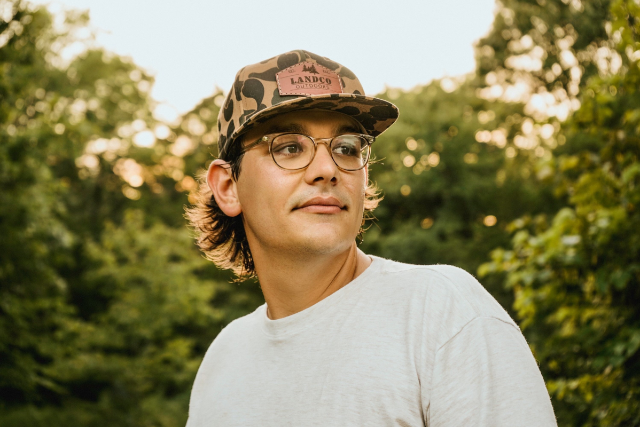 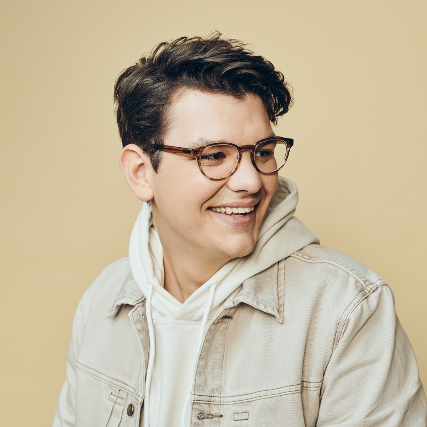 Flowery Branch, Georgia native Andrew Jannakos grew up in a small-town neighborhood where barbecue parties and backyard soccer games were everyday events. Today, that sense of community translates to his nearly one million followers across Facebook, Instagram, and TikTok. Since Jannakos first teased his breakout single, “Gone Too Soon,” in a viral clip now viewed over ten million times, that community is only getting stronger.

“It’s been so amazing seeing it all happen,” Jannakos says of his social and streaming success. “Especially when I first posted, being an independent artist at the time. One moment no one knows who you are, and then something goes viral. Then the numbers keep going up, and you realize it’s something more.”

Many of Jannakos’ initial followers knew him for his illustrious run on season 16 of NBC’s The Voice, but it wasn’t until a year later, in July 2020, that his then-girlfriend (now wife) posted a video of him cooking dinner while singing along to “Gone Too Soon” to his TikTok and took his social stardom to new heights. The video racked up 250K likes by the next morning, earning him over 740K followers on the platform to date. When Jannakos finally released “Gone Too Soon” (which he co-wrote with Jason Afable and Josh Bricker) in September, the song garnered over 15 million streams in just over a month. With one of the best-performing indie country releases of the year, Jannakos is proving to be one of the genre’s premiere ambassadors, bringing it to new audiences on social and streaming platforms.

But there’s much more to the newcomer’s music than viral appeal – his singing and songwriting come from a deep love for country music, as well as his family’s roots in the genre.

“My grandfather played in a bluegrass band for years and years in Georgia,” he says. “So I was raised on country: Waylon, Hank, Whitley, Brooks & Dunn. My earliest memories of singing were in the car going to elementary school, when my mom and I would just belt Shania Twain the whole way there.”

Growing up in Flowery Branch, Jannakos had a diverse taste in music – he listened to Eminem, NSYNC, and Brad Paisley, whom he cites as his greatest vocal influence. Outside of music, when he wasn’t playing backyard sports with his neighborhood friends, he spent his time engrossed in outdoor activities like hunting and fishing. After graduating from high school, he worked as a sauté chef and then waiter for several years. All the while, his love for singing and performing was growing – he practiced religiously, played for his friends and family, and posted performance videos to YouTube and Facebook. By the time he was 24, he was driven to pursue a career in music. His first opportunity came when a recruiter from The Voice invited Jannakos to a private audition in Atlanta. From there, after passing the first round with flying colors, he went on to build a global fanbase during his tenure on the competition show.

“I got the choice that every other person on The Voice gets when they leave the show,” he says. “Either go home and do the same things you were doing before, or you do everything and anything you possibly can to chase your dream.”

Jannakos chose the latter, returning to Georgia and immediately getting to work writing and recording his own material. Blending his pop and hip-hop influences with his own “authenticity and modern country twang” (The Boot), he developed a distinct, pop-forward sound, which can be heard throughout his introductory self-titled EP released in April 2020. At the same time as the project’s arrival, Jannakos was independently booking shows across the country, eager to test his new music in front of live audiences. Meanwhile, his digital audience exploded in size after his viral post in July, providing him with a new global fanbase hungry for more original music.

Following the hugely successful independent release of “Gone Too Soon,” which entered Billboard’s Hot 100 chart and helped Jannakos debut at No. 1 on the Emerging Artists list, he linked with a proactive management team that helped him begin meeting with record labels in Nashville. His inner circle expanded even more when he married his longtime girlfriend in a beachside ceremony in September and subsequently adopted her son. The major life events were long planned for but serendipitously timed, because soon after, Jannakos inked a recording contract with Sony Music Nashville. Now, the new husband, father, and major label recording artist is looking ahead to the new year with more focus than ever before -- but as always, he’s keeping an open mind:

“Everything happens for a reason,” he says. “If you chase your dream and work your hardest, everything falls into place. I can’t wait to see where the next turn takes us.”