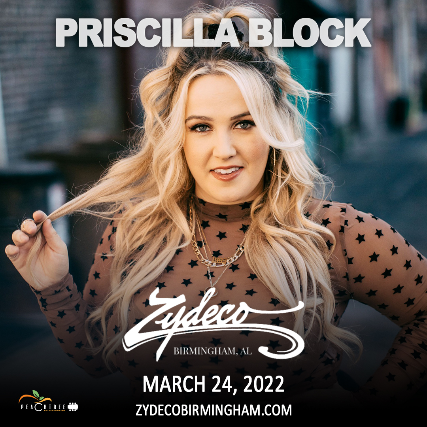 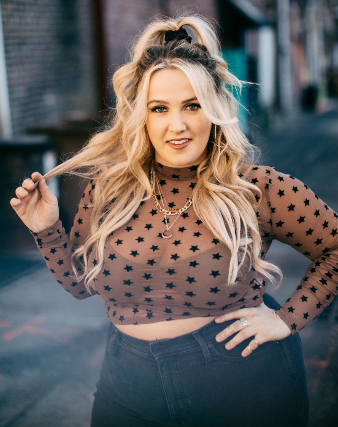 “I love writing about real life experiences and the ups and downs that I’ve gone through,” says Priscilla. “I don’t sugarcoat anything, and I think that’s the beauty of songwriting and being an artist.”

With an honest and upfront approach, Priscilla promotes self-love, empowerment, and acceptance through her own blend of country pop and southern rock, dubbed the Block Party sound. “It’s a little sass, a little trash, and a little sad,” describes Priscilla with a knowing wink as her catalog rolls so easily from heartbreak to laughter.

Originally from Raleigh, NC as one of five children, Priscilla moved to Nashville to pursue music shortly after high school. In Nashville, the affable, hardworking, student of life worked multiple jobs to make ends meet, then a chance encounter with her idol – Taylor Swift – was the sign she needed to dive all the way in on her music.

Over quarantine, Priscilla began experimenting with some new songs on social media app TikTok. There she developed a rabid fanbase with songs like “Thick Thighs,” an unapologetic anthem about women embracing their bodies, no matter their shape or size. Once her audience heard “Just About Over You,” they rallied together to independently fund the song’s recording. Priscilla in turn shared every moment of the recording and release process including all the emotions as she watched “Just About Over You” race to the top of both the iTunes Country and All Genre Song charts in only 12 short hours. Now, “Just About Over You” is climbing country radio’s Top 40.

Priscilla is a seasoned performer playing sold-out shows across the southeast including Deep South the Bar in Raleigh, the storied Listening Room Cafe, and Nashville’s rowdiest block party, Whiskey Jam. Priscilla has also shared the stage with artists including Gabby Barrett, Adam Craig and Adam Doleac.