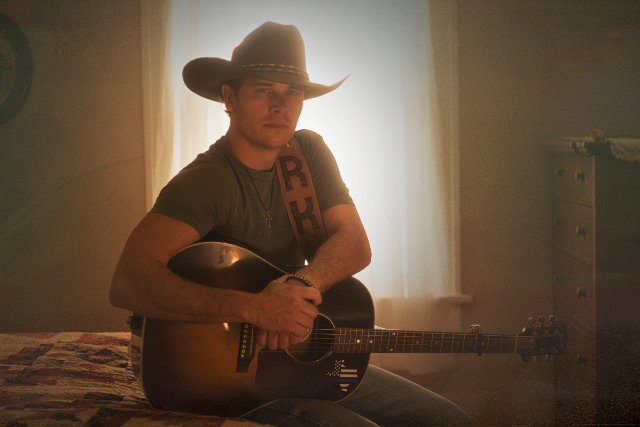 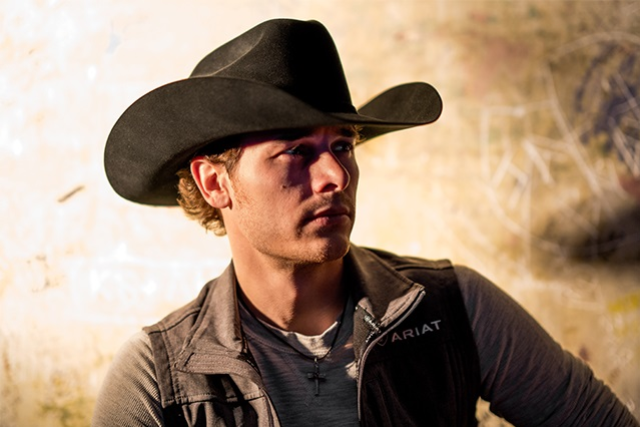 With Warner Music Nashville artist Randall King, what you see is what you get.

The wide-brimmed hat reveals his proud southern heritage. Piercing eyes flash the integrity he values above all else. Worn-in boots bare the scars of countless hours under the hot sun. And that easy smile hints at the soul of a Western poet.

Yes, what you see is what you get. And what you hear? Well, that works just the same. “It’s old school with a new flair,” King says simply.

One of country’s new crop of modern traditionalists, he’s never lived outside the endless plains of West Texas – and his sound is steeped in their timeless beauty, both gritty and graceful at the same time. Now produced by traditional torchbearers Bart Butler and Ryan Gore (Jon Pardi), King’s music captures that essence, showcasing a talent who’s never been afraid to be himself.

“If you’re trying to pin me down as a very specific artist, there’s no other way to put it than ‘I’m Randall King,’” he proclaims. “And ain’t nobody gonna tell me who I’m gonna be, either.”

Born into a long line of heavy-hauling truckers, King grew up singing in the back of a ‘93 Chevy Suburban, joyfully mimicking the pure-country vocals of stars like Keith Whitley, George Strait, Alan Jackson and John Anderson.

Later on he was drawn to the electrifying energy of modern stars like Eric Church, Dierks Bentley and Jason Aldean, and began writing his first songs in high school. He formed a hard-charging band in college that fused those two inspirations, diving head first into the singer-songwriter scene at Lubbock’s iconic Blue Light.

But despite the traditional bent of his music – and the individualist fire in his chest – King was always looking beyond the ‘Red Dirt’ distinction. “I learned from the Red Dirt scene what it takes to grind, because you have to work in that world,” he explains.

After years of hustling and a road-warrior’s diet of 150 shows each year, King produced and released the defiant 2016 EP, Another Bullet, then followed up with a 2018 self-titled album. Now he’s looking to the anywhere-and-everywhere future.

Working within a clearly defined theme – “The three stages of a heartbreak” – King is bringing an organic, timeless sound to country’s mainstream, loaded with steel guitar, wide-open vocals and punchy, hard-rocking rhythms.

“Every song I write has me in it,” King says. “We don’t wait on nobody, and we don’t sit around. I’ve always been the kind to attack and stay ahead of things, so that’s what we do. We go out and kick the door down.”

All about getting left in a cloud of romantic dust, the uptempo country-rocker “She Gone” does just that. Representing the first, bewildering stage of a heartbreak, King co-wrote the track with Chris Stevens and filled it with vivid imagery – which according to him, wasn’t hard to come up with.

“My favorite line is ‘She had her window down and her finger up,’” he says with a laugh. “Man, I’ve had a lot of women roll their widow down and stick their finger up at me.”

Meanwhile, the moody “Burnin’ at Both Ends” puts a swaying beat to heartbreak’s second stage. Dedicated to “Lighting up your memory / Like it’s love’s last cigarette,” it’s a smoky barstool anthem written with Brett Beavers to highlight what King calls “the melt down.”

“There’s so much anger in it and this idea that ‘If I can’t have you, I’m gonna burn your memory down,’” he explains. “It’s the ‘damn-you-for-leaving’ stage.”

The anger fades quickly, however, as King finishes his sonic portrait on a reflective note. The loping “Hey Cowgirl” is a co-write with Brice Long and Mark Nesler, and it reveals a sense of big-picture wisdom that’s anything but bitter. Along with identity-defining streaming hits like “Another Bullet” and “Mirror, Mirror,” King says it’s one of the most meaningful songs he’s ever written.

“That song is acceptance,” he explains. “You see the girl out on the highway, you tip your hat and watch her fly down the road. To me the beauty of that song is the respect aspect, especially with it having that rodeo culture. … It’s a nod the head, ‘Good luck, good bye. We’re on to bigger and better things, and we’re both right where we need to be.’”

Each shares a sense of presence defined by its authenticity, and there’s much more to come. This is what King was born to do, and he’s not about to give up now. You can tell just by looking at him.

“People can call it traditional country or whatever they want, but to me, it’s just me being who I am,” he says. “It’s win or lose right here, might as well go all in.”
Shackelford Lane 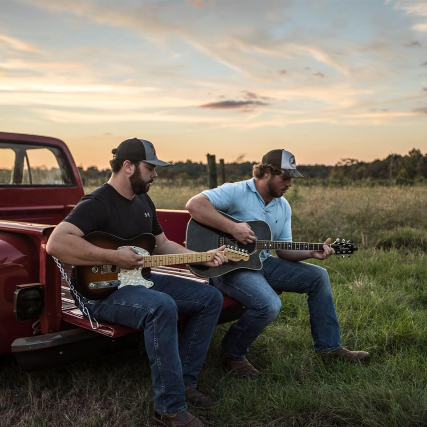