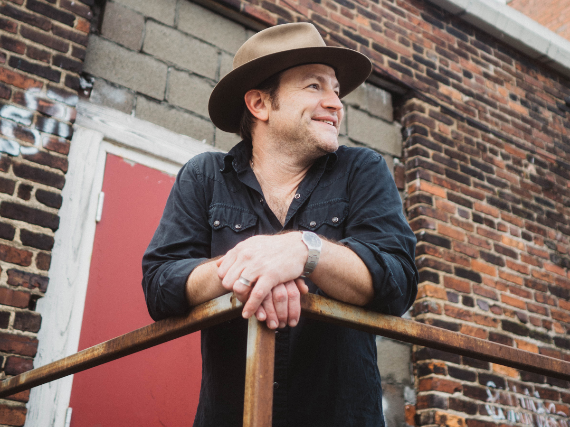 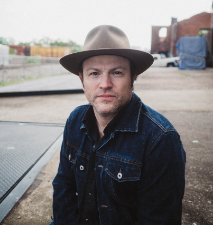 Solo artist. Frontman. Behind-the-scenes songwriter. For more than a decade, Adam Hood has left his mark both onstage and in the writing room, carving out a southern sound that mixes equal parts country, soul and American roots music.

It's a sound that began shape in Opelika, Alabama. Raised by working-class parents, Hood started playing hometown shows as a 16 year-old, landing a weekly residency at a local restaurant. He'd perform there every Friday and Saturday night, filling his set list with songs by John Hiatt, Hank Williams Jr, and Vince Gill. As the years progressed, the gigs continued — not only in his home state, but across the entire country. Eventually even landing himself a three-year nationwide tour opening for Leon Russell.

These days, though, Hood is no longer just putting his own stamp on the songs of chart-topping country stars. Instead, many of those acts -- including Little Big Town, Miranda Lambert, Anderson East, Josh Abbott Band, Lee Ann Womack & Brent Cobb -- are playing his songs.

In 2016, Hood signed a publishing deal with Warner/Chappell Nashville and GRAMMY Award-winning producer Dave Cobb’s Low Country Sound. All while remaining adamantly focused on his own career, playing around 100 shows annually promoting third solo release, Welcome to the Big World, and now his newest release, Somewhere in Between.

A showcase for both his frontman abilities and songwriting chops, Somewhere in Between shines a light on Hood's strength as a live performer. He recorded most of the album live at Nashville's Sound Emporium Studios over two quick days. Teaming up with friend and producer Oran Thornton (Miranda Lambert's Revolution, Angaleena Presley's Wrangled) their goal was to create something that reflected the raw, real sound of his concerts, where overdubs and unlimited takes are never an option. The result is a record that reflects Hood's working-class roots, mixing the upbeat thrill of his roadhouse roots-rock songs with the contemplative, stripped-down sway of his country ballads.

Joining him in the studio were guitarist Pat McLaughlin, bassist Lex Price, and drummer Jerry Roe. All of whom captured their parts in just a handful of live takes while Hood simultaneously tracked his vocals. Stripped free of studio trickery and lushly layered arrangements, Somewhere in Between is an honest, story-driven record. One that’s both relatable and deeply autobiographical, with Hood writing or co-writing ten of the record’s eleven tracks, alongside friends like McLaughlin, Brent Cobb -- who also appears on the electrified "She Don't Love Me" -- Josh Abbott, Jason Eady, and plenty of others.

Somewhere in Between is an album that finally finds Hood telling his own story. A dedicated family man, he wrote "Locomotive" — a heartland anthem, full of Telecaster twang and sunny swagger — after watching his young daughter develop her motor skills while playing with a set of blocks. Balancing his life as a relentless road-warrior, Hood penned highway ballad "Downturn" about a life filled with wanderlust and long drives from gig to gig.

As a blue-collar songwriter, Hood shines a light on everyday experiences — from family and friends to the thrill of Friday nights. Partly because he’s stuck to his roots. The native Alabaman still lives in the Yellowhammer State and celebrates America's rural pockets with songs like "Keeping Me Here" and "Real Small Town," two songs filled with images of main streets, open landscapes, hard times, and good people. 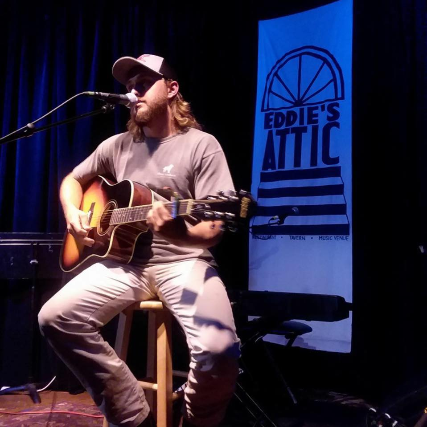